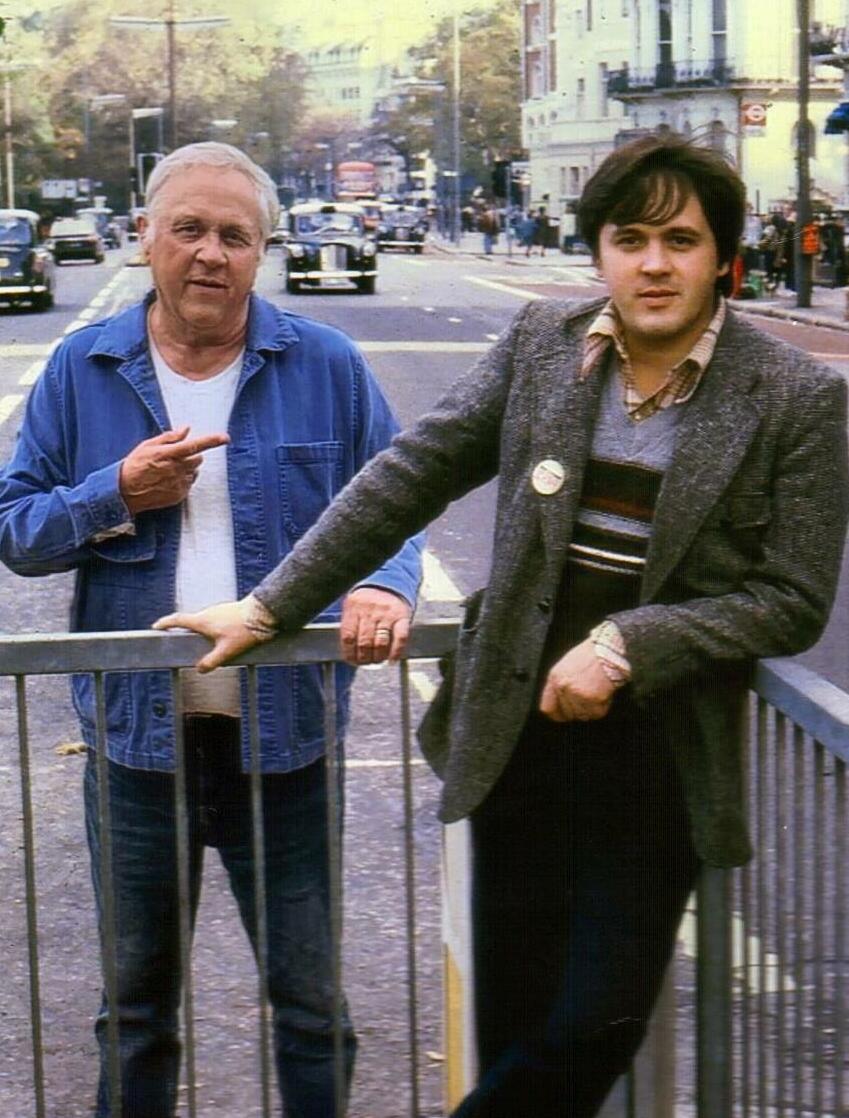 Get Directions
Saturday
7
May

Following the memorial service, a reception will be held in the lower church hall.

Please share a memory of Paul to include in a keepsake book for family and friends.
View Tribute Book

Joseph Paul Theriault, 72, passed away on April 10th, 2022, at Kingston Health Sciences Centre, Kingston, Ontario. He was born on March 12th, 1950, in Terrace Bay, Ontario, the son of Alphonse and Alice (Landry) Theriault. In their small northern Ontario pulp-mill town straddling the top of Lake Superior, Paul was raised and went to school. He was the first born, with four brothers, and a sister. In order of birth, they are Paul, Louis, Suzanne, Maurice, Allen, and André. Paul had many stories to share of his family and upbringing. He often walked through the quiet streets of Terrace Bay, reminiscing about who lived where and how they were all connected in a tale riddled with fond details. In 1973, he came to southwestern Ontario to study photography at Conestoga College. The defining moment of Paul’s life, as he would tell it, occurred then at the Red Lion Inn; he came to believe in Jesus Christ. There, he built lifelong friendships with the people who were in Christian fellowship with him. Shortly after, he met Lola Christine (Cindy) MacInnis at Church in Kitchener, Ontario. After a brief courtship, Paul and Cindy married in April of 1978. In 1981, passionate about their faith, and with their first daughter in tow, they went to the mission field with Operation Mobilization, stationed in Bromley, Kent, UK. There they had two more daughters before returning to Canada and settling in London, Ontario. In their home by the coves, they welcomed a son and lived there for the next 25 years. Paul went to college again to become a high school teacher, pioneering his communication and technology class at St. Thomas Aquinas (STA). He touched the lives of thousands with his excitement for media. Paul is survived by daughters Nicole, Julia (Jon), Michelle (Jon), and son Jon-Paul (Julia), as well as eight deeply loved grandchildren: Lina, Eva, Luke, Benjamin, Anna, Miles, Samuel, and Naomi. In Paul’s later years, he was rarely seen without a grandchild’s company. Throughout his life he was known for his humor, and he was always seeking ways to create laughter and community. No one who knew Paul escaped a practical-joke or well-timed quip. He loved to be with his family setting the ambiance with his guitar and a song, whether it was ready or not. He would practice and perform with his children and grandchildren at any given opportunity. After retiring, he followed his family and eventually settled in Bath, Ontario, where there was always a shoreline bench for him to pray, think, read, nap, or watch a grandkid play. The family wishes to extend a special thank you to the staff of Kingston Health Sciences Centre for caring for Dad/Grandpa in his final days as if he was their own family, as well as for those who prayed and hoped for him as he fought. Following cremation, a visitation will be held on Friday, May 6th, 2022, from 6-8pm at Paul G. Payne Funeral Home, 178 Main Street, Odessa, Ontario. A memorial service will take place on Saturday, May 7th, 2022, at 1pm, when family and friends will gather at Bath Road Baptist Church, 193 Bath Road, Kingston, Ontario. A reception will follow in the lower church hall. As an expression of sympathy donations may be made to Voice of the Martyrs in Paul’s name. Please share your memories of Paul and condolences to the family through this memorial page.

Share Your Memory of
Paul
Upload Your Memory View All Memories
Be the first to upload a memory!
Share A Memory