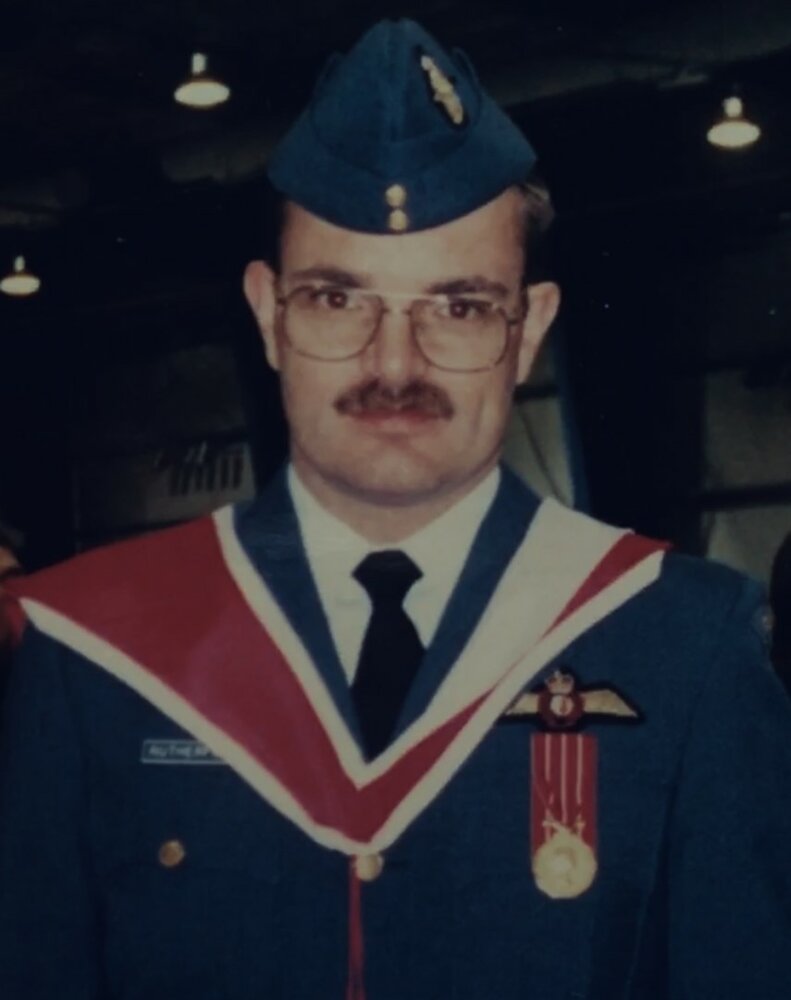 Please share a memory of Ian to include in a keepsake book for family and friends.
View Tribute Book

It is with profound sadness that we must announce the passing of Ian Rutherford on Thursday, October 21st, 2021 at the age of 57, after a lengthy struggle.

Ian was an academic in the truest sense of the word and loved to read as well as teach. In addition to his many military achievements, he also received a BA in Political Science (Acadia University), a Master's Degree in War Studies (RMC), the Governor General's Award and several scholarships. He was an assistant professor at both RMC and Queen's University and taught cadets and civilian students alike. In 2017, he retired from the military, having achieved the rank of Air Force Major. During his flying days, he flew in the CF Aurora aircraft as a tactical navigator and spent a large part of his career in Greenwood, NS. He proudly served in the Canadian Armed Forces for 33 years.

Cremation has taken place. A Celebration of Ian’s Life will be held at the Payne Funeral Home, 178 Main Street, Odessa on Saturday, November 13th, 2021 from 12 – 2 pm. Mandatory COVID-19 protocols will be in effect, including masks and physical distancing. Words of Remembrance will commence at 1:30 pm. This can be viewed live or anytime following, on the funeral home facebook page. A reception will follow at Vimy Officers' Mess - Kingston from 3-5 pm. For those desiring, memorial donations to Addiction and Mental Health Services KFL&A or Wounded Warriors Canada would be appreciated.

Please share your memories and condolences to the family through this memorial page.

Share Your Memory of
Ian
Upload Your Memory View All Memories
Be the first to upload a memory!
Share A Memory